Watch an F1 Car Race Against an F/A-18 Hornet 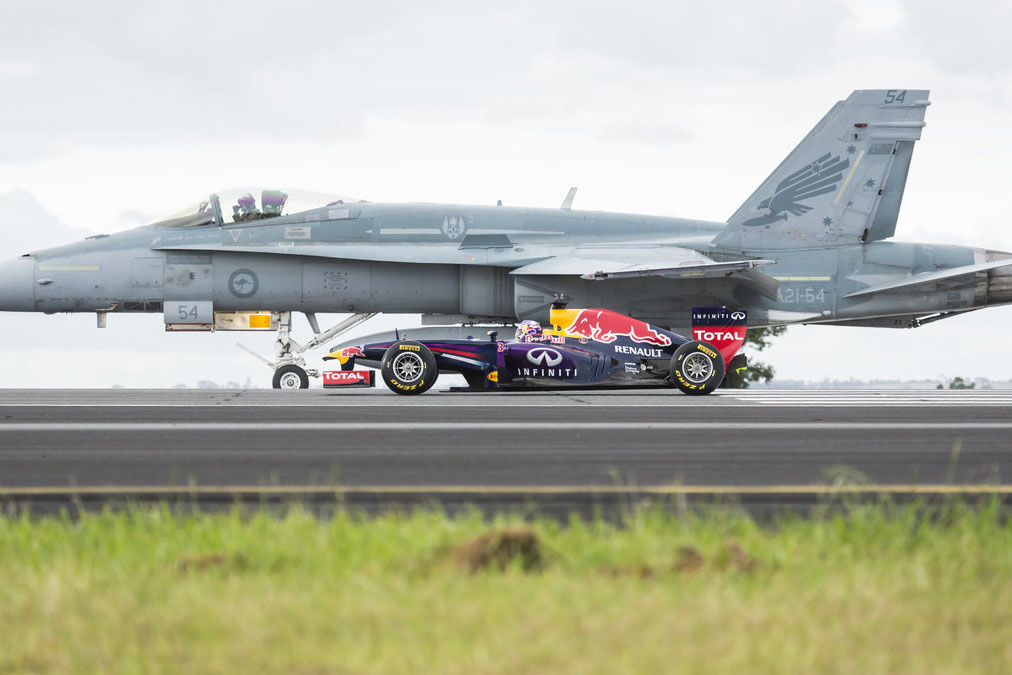 Ahead of the Australian Grand Prix, home favorite Daniel Ricciardo took the Infiniti Red Bull Racing F1 show car to the RAAF base at Sale, Australia, to pit it against the astonishing power of an F/A-18 Hornet.

With a top speed of 236-mph, the Red Bull Racing show car seemed at a disadvantage against the 1,242-mph Hornet. The Aussie driver made a quicker start than the Hornet. But once the fighter jet built up speed, no amount of DRS was going to help.

“The craziest part was looking in my mirrors and seeing a Hornet," said Daniel. "It was very surreal. I definitely felt the pure power of the Hornet, and as it passed me I was just hoping that it wasn’t going to blow me off the track."

New Jersey will host its first-ever Formula One Grand Prix race in 2013 on a course that winds along the Hudson River waterfront and offers striking views of the Manhattan skyline. Auto racing officials and Gov. Chris Christie on Tuesday announced a ten-year agreement to hold the race at a news conference in front of the Port Imperial ferry terminal, which will serve both as entry point for race-goers coming from New York and as the start-finish line for competitors.

Mick Schumacher to Mercedes as replacement for Nico Rosberg?

1st Running of Grand Prix of Europe This Weekend

Lewis Hamilton: Formula 1 simulators are no better than computer games

Haas Motorsports Does It Again

Art of the Possible: the Future of Formula-One

SPEEDVEGAS lets you drive your dream car the way it was meant to be driven: Free from the confines of speed limits and traffic.