New Jersey will host its first-ever Formula One Grand Prix race in 2013 on a course that winds along the Hudson River waterfront and offers striking views of the Manhattan skyline. Auto racing officials and Gov. Chris Christie on Tuesday announced a ten-year agreement to hold the race at a news conference in front of the Port Imperial ferry terminal, which will serve both as entry point for race-goers coming from New York and as the start-finish line for competitors. 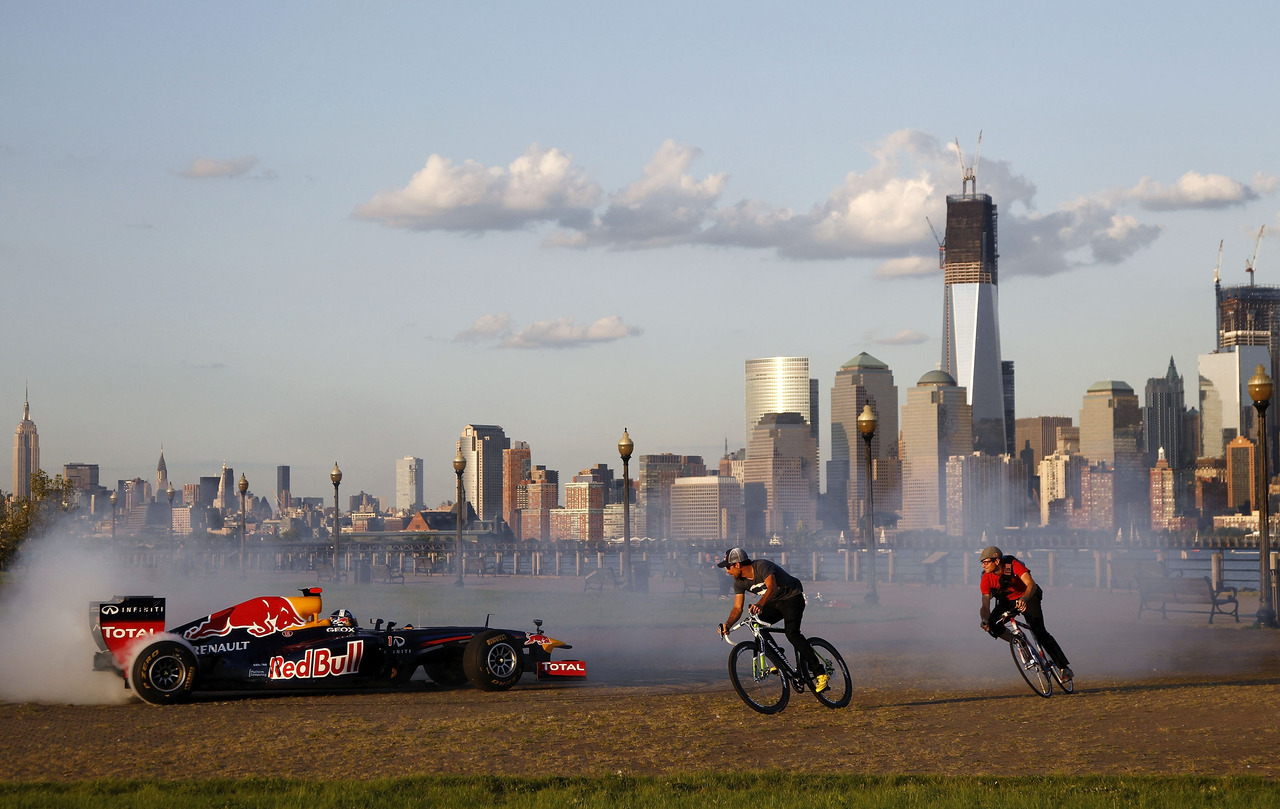 New Jersey will host its first-ever Formula One Grand Prix race in 2013 on a course that winds along the Hudson River waterfront and offers striking views of the Manhattan skyline.

Auto racing officials and Gov. Chris Christie on Tuesday announced a ten-year agreement to hold the race at a news conference in front of the Port Imperial ferry terminal, which will serve both as entry point for race-goers coming from New York and as the start-finish line for competitors.

The 3.2-mile course will run along the river through the towns of Weehawken and West New York, then climb uphill before looping back around in front of the ferry terminal. It features one hairpin turn and several other 90-degree turns. Promoters estimated drivers will reach speeds up to 200 miles per hour on the course's straightaways and about 60 to 80 mph on the turns.

Steve Matchett, a commentator on Formula One races for SPEED, called the course layout and views "absolutely staggering" and compared it to the famed Monte Carlo course for its proximity to water and its steep climb.

Leo Hindery, a founding chairman and former CEO of the YES Network who is promoting the race, said that aside from a pit area being constructed in front of the terminal, only temporary structures such as bleachers, 10- to 12-foot-high fences and concrete barriers will be erected and then removed after the race. Work will begin next year to resurface the road along the course, he said.

No public funds will be used to stage the race, Christie said.

"Once again, this proves to everyone that the New Jersey comeback continues at full tilt," he said. The state hosted an NCAA regional basketball final this year, and will host the Ironman triathlon competition next year and the Super Bowl in 2014.

West New York Mayor Felix Roque called the awarding of the race "the second miracle on the Hudson" in reference to the safe landing of a US Airways jet on the river in 2009, and said the race would bring worldwide attention and economic growth to the region.

Race officials expect more than 100,000 people to attend each session of the three-day race weekend, though an economic impact study has yet to be completed.

Hindery said that access to a handful of houses along the Palisades on the course's upper portion, could potentially be affected but that steps would be taken to ensure residents would be able to get in and out.

"There won't be one individual who won't be able to get to his or her house on the three race days," Hindery said.

Formula One racing returns to the U.S. after a five-year absence next year with a race in Austin, Texas. Indianapolis last hosted a race in 2007; before that, Phoenix hosted three grand prix from 1989 to 1991, while Watkins Glen in upstate New York hosted the F1 from 1961 to 1980.

Red McCombs, former owner of the San Antonio Spurs and Minnesota Vikings and one of the chief financial backers of the race in Austin, said the U.S. should be able to support two races after the five-year drought.

"We think that's good. I don't think it will compete with us at all," he said, referring to the New Jersey race. "They're coming in 2013 and we'll be a year ahead of them. It just gives more focus on the sport."

New Jersey is often the butt of most state-related jokes.  And, to be fair, the reputation isn't without its truths. NJ is represented nationwide by the collective casts of The Jersey Shore & Real Housewives, making it more than difficult not to crack a joke or two.

Mick Schumacher to Mercedes as replacement for Nico Rosberg?

1st Running of Grand Prix of Europe This Weekend

Lewis Hamilton: Formula 1 simulators are no better than computer games

Haas Motorsports Does It Again

Art of the Possible: the Future of Formula-One

Watch an F1 Car Race Against an F/A-18 Hornet