Upside-down and inside-out – watch these pilots show you what wingsuit flying is all about.

For Fred Fugen and Vincent Reffet, this leap out of a plane above Chambery in the French Alps was just another day at the office – “It was just a training jump,” says Fugen – but for us, it’s the closest human flight has ever come to recreating Maverick's famous ‘inverted’ scene in Top Gun. (Although we’re pretty sure these guys weren’t going as fast as a F-14 Tomcat and a Russian MiG – this jump topped out at relatively paltry speeds of 240kph.)

What Fugen did admit was that this one was the best of the six jumps they’d done that day. “It was a great flight from beginning to end with some great manoeuvres,” he says. “The evolution of wingsuits is letting pilots do different things.”

Much of that is attributed to the suit itself – most wingsuits are built to fly belly-down – these particular suits lets the pilots fly back-down or belly-down. Plus, it’s got a great glide ratio.

So what’s next? Fred thinks we’ll see even more creativity in the air: "Freeflying is combining with wingsuit flying in some really cool ways." 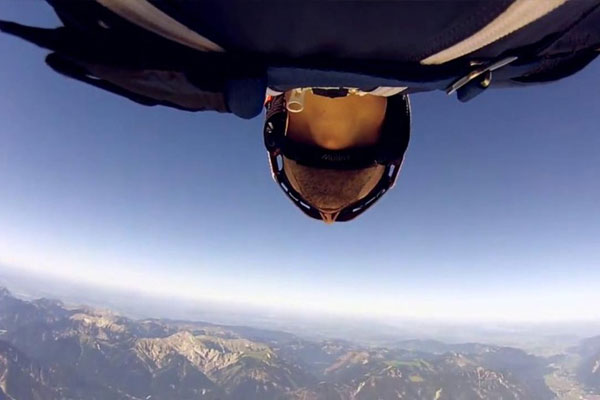 Extreme BASE jumper and wingsuit pilot Jeb Corliss grinds freakishly close to the ground as he zooms through the air at 122 MPH in his wingsuit. 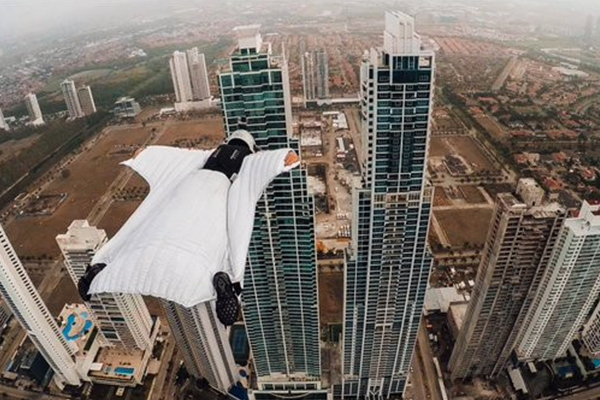 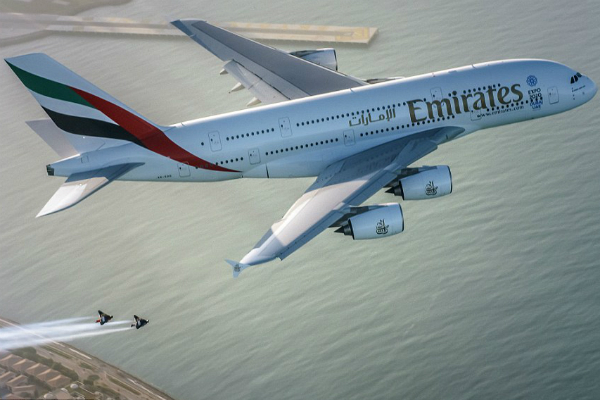